Suri (Sudhakar) is a street-smart guy and rebellious student, who has no goal in life. This irresponsible guy is raised by a single mother with who he shares a troubled relationship. He meets his love (Nitya Shetty) and the duo gets along well. But unforeseen circumstances lands him up in Utah, US. How some incidents lead him to learn the value of people in his life, form the crux of the film.

The storyline of Nuvvu Thopu Raa is simple and impressive. Nuvvu Thopu Raa is a dragged out masala entertainer which lacks proper execution. Sudhakar Komakula leads from the front but he too cannot the save the film after a point as the narration is jaded and the proceedings are lengthy. Hurried up the climax, the aimless story makes things even worse. Except for the film being set in the US and Varun Sandesh‘s screen presence, this film has nothing interesting going its way.

Sudhakar Komakula Though he did very hard work but he still needs improvement in his expressions. Actress Nithya Shetty got limited screen space but she delivered her best. Varun Sandesh performed well in a cameo. Nirosha as hero’ mother is fine. Rest of the cast performed accordingly.

The Production values of the film are top notch. The producers have spent huge money. The camera work was really impressive. Music of the film is good but the placement of the songs looks like a speed breaker. BGM is okay. Coming to the work of director Harinath, his idea of showcasing a common man’s struggle in the US is good. His narration lacks direction and takes way too much time to come to the actual point. Editing of SB Uddhav is not up to the mark.

Nuvvu Thopu Raa Full movie is an average entertainer film. The climax and interval block are not handled well as things are wrapped up in a hurry. Nuvvu Thopu Raa Movie lacks proper execution. The screen Presence of Varun Sandesh is the main asset of Nuvvu Thopu Raa. 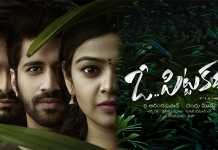 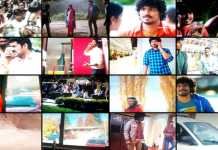