Apparently, Cupid, the god of romance, entered the soul of Puri Jagannadh when he was penning the song given that lyrics are fully romantic and have so much depth in describing the enormity of romance the Nuvvu Nenu E Kshanam Song is a heart-to-heart conversation between the lead pair. Actor Akash Puri spoke his dialogues, while Chinmayi gave a voice for Ketika Sharma.

The lyric writer Puri Jagannadh also gave voice at the beginning of the song stressing the relationship with a female is trickier than expressing love for the country. Akash Puri looked suave, while Ketika is a hot-chic. The intense and bold intimacy between Akash Puri and Ketika Sharma makes it one of the best romantic numbers. The song has all the stuff that can mesmerize youth and it multiplied the prospects of the film.

Romantic Movie Starring Ketika Sharma in female lead and Ramakrishna in an important role, Anil Paduri is directing the movie. Touted to be an intense romantic entertainer, Sunil Kashyap is composing music for the film while Naresh is handling the cinematography. 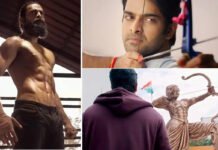 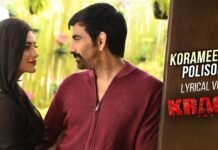 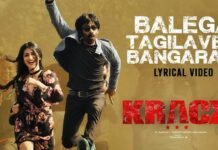