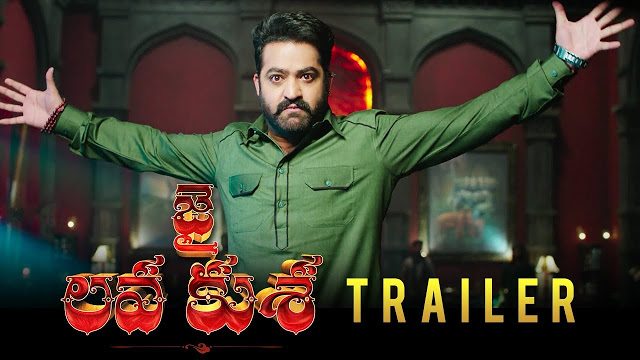 Jai Lava Kusa Movie Trailer: The much awaited Jai Lava Kusa trailer is Released out now. Jr.NTR playing three roles in this flick. The movie getting ready for Dussrea release. Earlier the makers released 3 characters Jai, Lava, and Kusa from the flick and now Jai Lava Kusa trailer released online.
The Jai Lava Kusa trailer introduces us to the triplets, who have different lifestyles and ambitions until their paths cross once again. While Kusa nurtures the ambition of settling down in the United States, Lava seems to be determined to climb his way up the corporate ladder. On the other hand, Jai seems to have already become a formidable force in the underground world.
Judging from the trailer, Jr NTR is seemingly all set to deliver one of the best performances of his career so far. While Kusa and Lava are full of entertainment and contradictions, Jai tops both his brothers with his gangster swag.We also get a glimpse of Actress Raashi Khanna’s character, who plays Lava’s love interest And Nivetha Thomas.