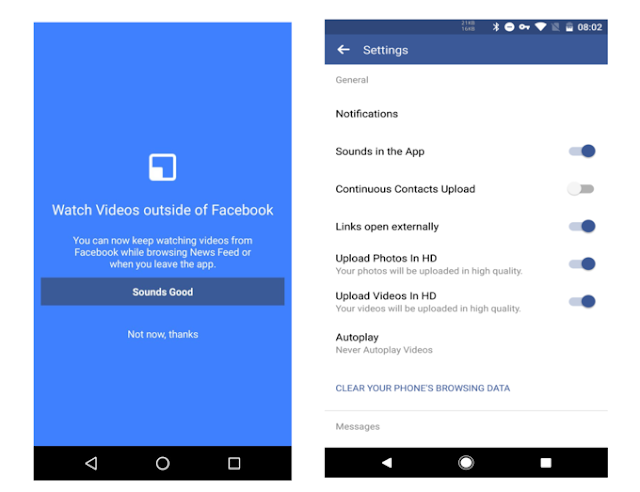 Facebook App now supports uploading HD Videos for all Android device users. According to the latest reports, the App developers have added this feature from Facebook. This new feature is compatible and used only by the users of Android Devices. You can now see a new toggle that appears in the App settings.

This toggle lets the Android users upload high definition videos. However, there is no official confirmation or announcement from the company. This new HD Video settings option is available only for the Android Device users in India.

There are some users who haven’t seen this new feature on their Facebook account. Besides this new Updated Facebook app, some of the users noticed new video features on their Facebook account. Some of the newly added features on Facebook include offline video downloads, video resolutions, picture-in-picture and much more. The new feature allows the users to download different videos on their device and watch them later offline. Another new feature is setting the resolution of a video starting from 72 pixels to 360 pixels.
Advertisement