GSN aka Gotti Surya Narayana (Avasarala Srinivas) is a Customer Services Manager in Bhumi Infra Company. He tries to find a suitable match hiding his secret and even his friend tries to help him but in vain. He tries to woo new employee Anjali (Ruhani Sharma) and emerges successful. When everything is going in favor of him, life turns upside down for him when Ruhani Sharma finds out his secret. What is GSN’s secret, how it affected his love life, and whether he is able to solve the issue forms rest of Nootokka Jillala Andagadu’s story.

Director Rachakonda Vidyasagar tried to impress movie lovers by creating fun out of the very common problem encountered by many in this world. He chose to weave a story around baldness and how people feel insecure and try to hide it to impress others be it in their personal and professional life. The first half has decent emotions, the interval block is just ok and Viewers are left to wonder how the narration goes on as the director unravels the hero’s baldness to the heroine.

Director Rachakonda Vidyasagar tried to elevate scenes blending them with emotions and humor. But the emotions are not elevated in the most powerful manner. The second half slowly drags to a predictable end. The climax failed to set the tone to end the film on a high note. Avasarala Srinivas performed well as a person suffering from an inferiority complex arising out of his baldness. Actress Ruhani Sharma looked good and impresses with her performance.

Overall, the Nootokka Jillala Andagadu Movie deals with how male pattern baldness and hair loss brings out people’s insecurities and affect their relationships, with a good message. 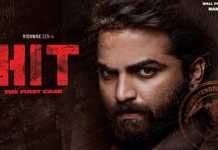