The Nokia 3 Android Pie includes Adaptive Battery that uses machine learning to prioritize system resources for the apps, App Actions that helps you raise the visibility of your app and help drive engagement using machine learning, and Slices are a new way to surface rich, templated content in places like Google Search and Assistant.

We can expect Android Pie update for Nokia 1 in the coming weeks.

The wait is over! Keeping up with our promise of 2 years of Android updates, Nokia 3 (2017) is now officially running on Android 9 Pie! Step up to Nokia smartphones, they Just Keep Getting Better! #GetSmart #Nokiamobile pic.twitter.com/Xz1JXt2Cet

With Update of Nokia 3 Android Pie, Nokia 3 should get features like Adaptive Brightness, Adaptive Battery, Digital Wellbeing and so on. It is unclear whether the Nokia 3 (2017) will get the gesture navigation feature considering the phone comes with capacitive navigation buttons on the bottom bezel. 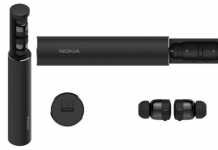 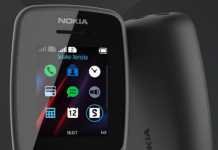