Listen to Ningilona Paalapuntha Lyrical Song from Dorasaani Telugu Movie starring Anand Deverakonda and Shivathmika Rajasekhar in lead roles. Dorasaani Movie 2019 was written and directed by KVR Mahendra and music composed by Prasanth R Vihari. Shivathmika Rajasekhar and Anand Deverakonda are making debut with Dorasaani Movie. It is jointly produced by Madhura Sreedhar Reddy and Yash Rangineni on Madhura Entertainment and BigBen Cinemas. This movie is presented by D Suresh Babu under the Suresh Productions banner. Dorasaani is based on a true story and slated for worldwide release in July 2019.

The Dorasaani first single ‘Ningilona Paalapuntha Lyrical Song’ is a simple melody that can be hummed after few listens. The lyrics and singing by Anurag Kulkarni with an earthy feel make it an easy earworm. Prashanth R Vihari has provided the music. Going by the music and the visuals seen in it, Dorasani film seems to have its heart in the right place, although a lot of it might be borrowed from Marathi sensation Sairat. However, from the general audience perspective, it is Anand Deverakonda who is sticking out. We have to wait and see if he becomes a liability to the extent that it negatively impacts the movie.

Shivathmika Rajasekhar too wrote, “#NingilonaPaalapuntha Lyrical out now! A beautiful song. Go watcheee watcheeee!” (sic) Anand Deverakonda, on the other hand, enjoyed India vs Australia match of ICC World Cup in London yesterday, before the first single’s release. ‘Ningilona Paalapuntha’ has beautiful vocals and lyrics by Anurag and Goreti respectively, while Prashanth’s tune and music fails to make a mark, making it sound very old-school. The lyrical video, on the other hand, is interesting, showcasing visuals from the film. 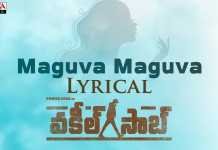 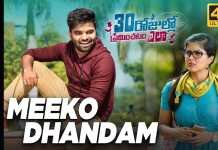 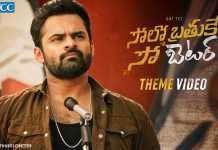