Nikhil Siddhartha shared the news of his engagement with Pallavi Varma with an Instagram post that read, “SHE SAID YESS… Next Adventure In Life.” He also shared a still with Pallavi in which he is seen asking for her hand. Below, take a look at their pictures:

SHE SAID YESS… Next Adventure In Life 🥂🍾

Nikhil Siddhartha had reportedly planned a trip to Goa with Pallavi Varma and he popped the question by getting down on one knee. Excited, thrilled and emotional with Nihil’s gesture, Pallavi Varma was quick to say ‘yes’. A report had earlier claimed that both Nikhil and Pallavi were ‘extremely serious’ for each other, and marriage was most definitely on the cards.

SHE SAID YESS…
Next Adventure In Life 🥰🥂🍾 pic.twitter.com/i17d87xezt

“When Nikhil Siddhartha decided that this is the person he wants to spend the rest of his life with, he decided to take her on a romantic trip to Goa, where he got down on one knee and popped the question. Pallavi immediately said yes. The Nikhil Siddhartha engagement was an intimate affair with only friends and family in attendance,” a source told Hyderabad Times.

If the same report is anything to go by, Nikhil Siddhartha and Pallavi Varma wedding will take place on April 16. While the families have already begun the preparations for the actor’s big day, they will be spending the next two months preparing a ‘very grand wedding’. 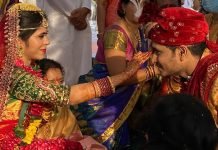 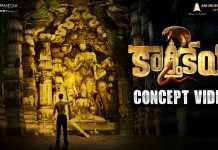 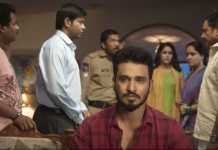