Telugu actress Niharika Konidela gets engaged to Chaitanya Jonnalagedda on August 13 at a plush hotel in Hyderabad. actress Niharika Konidela engagement was attended by close family and friends. Niharika is actor-host Naga Babu’s daughter and Megastar Chiranjeevi’s nephew. Ram Charan Tej, his wife Upasana Kamineni, Allu Arjun and his wife Sneha Reddy are some of the family members who attended the event.

Varun Tej, elder brother of Niharika, took to Instagram to congratulate her and introduced his brother-in-law Chaitanya. He wrote, “And this happened!! My baby sis gets engaged! Welcome to the family bava @chaitanya_jv !!! (sic).”

And this happened!! My baby sis gets engaged! Welcome to the family bava @chaitanya_jv !!! @niharikakonidela ❤️❤️❤️

Allu Arjun took to Instagram to congratulate his baby sister Niharika and shared a couple of photos from the event. He wrote, “Congratulations to my baby sister @niharikakonidela and my new brother in law @chaitanya_jv on their engagement. Wishing you guys all the happiness in the world in days to come. (sic).”

Congratulations to my baby sister @niharikakonidela and my new brother in law @chaitanya_jv on their engagement. Wishing you guys all the happiness in the world in days to come .

Upasana Kamineni Konidela also shared a photo and captioned it as, “Congratulations dearest Niharika and Chaitanya. Looks like a perfect match. Wish u guys all the very best.” Here is the photo.

A post shared by Upasana Kamineni Konidela (@upasanakaminenikonidela) on Aug 13, 2020 at 8:47am PDT

BA Raju took to his Twitter and shared a few photos from the Niharika Konidela engagement ceremony.

Pics from @IamNiharikaK‘s Engagement with Chaitanya today at Hyderabad

Best Wishes to the Couple. pic.twitter.com/Bukx5l4b9k

Niharika Konidela gets Engaged to Chaitanya

The mega daughter Niharika Konidela made her debut in Tollywood with the film, ‘Oka Manasu’. She is trying to create her mark in the world of cinema. On the professional front, Niharika Konidela will be next seen alongside Ashok Selvan. Debutant Swathini is the director of the movie and the film is going to be bankrolled by Kenaya Films.

Swathini worked as an assistant to the director Susheenthiran. Leon James is going to score music for the flick. The actress stepped into Kollywood with the movie, ‘Oru Nalla Naal Paathu Solren’. She acted along with Vijay Sethupathi and Gautham Karthik in the film. 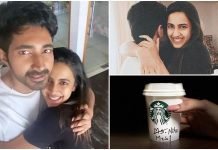 Niharika Konidela to get Engaged to Chaitanya Jonnalagadda