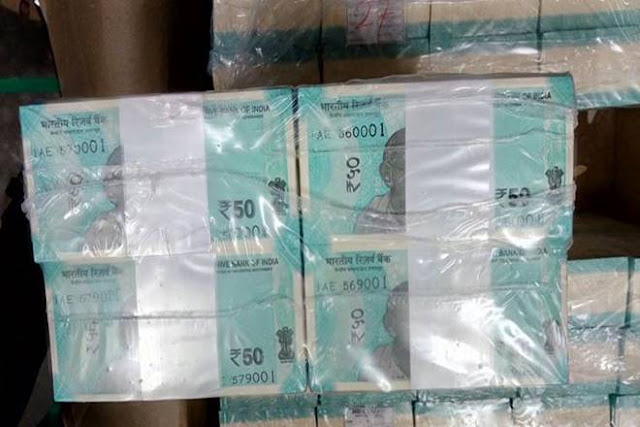 New Rs 50 Note Photo leaked: After PM Narendra Modi led NDA government had withdrawn old currency notes of Rs 500 and Rs 1000 on the night of November 8 last year, the RBI came out introducing new notes of Rs 500 and Rs 2000 in order to refill the vacuum left by the demonetization process.
The Reserve Bank of India (RBI) in December had released a statement saying that it will soon come up with new currency notes of Rs 50. The images of such notes have been making news on the various social media platforms.
There is still no official confirmation if this is actually the new currency or not. It is hard to tell if it is actually the new Rs 50 note or yet another social media trap. The interesting thing again will be to see how the people react to this new note if it does enter the market.
Facebook
Twitter
Pinterest
WhatsApp
Telegram
VK