Theprimetalks.com
Home News New 500 And 2,000 Rupee Notes That Will Be Issued By RBI
Advertisement
The New Currency notes of Rs 500 and Rs 1,000 won’t be valid from midnight, PM Narendra Modi says in an address to the nation.“Currency notes of Rs 1000 and Rs 500 will be just paper with no value,” the PM says.Modi says the citizens’ money will be safe as they can deposit the notes in the bank before December 30, 2016.“People can deposit notes of Rs 1,000 and Rs 500 in their banks from November 10 till December 30, 2016,” says PM Narendra Modi.All other coins and notes to be continued.
Prime Minister Narendra Modi today announced that Rs 500 and Rs 1000 banknotes would be withdrawn from the financial system at midnight, saying it was part of a crackdown on rampant corruption. The surprise step appears to be designed to bring billions of dollars worth of cash in unaccounted wealth into the mainstream economy. 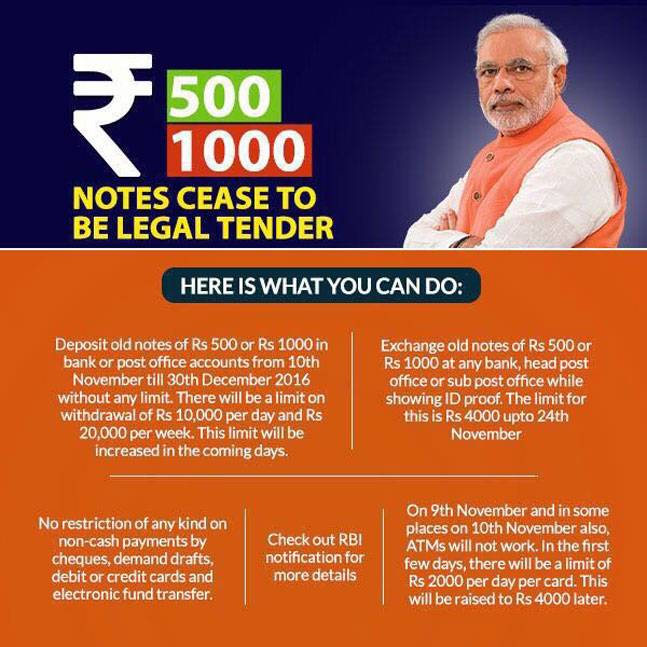 “Black money and corruption are the biggest obstacles in eradicating poverty,” he said in an address to the nation.New 500 and 2,000 rupee denomination notes will be issued later, he added.
Advertisement

How The Embedded RFID Tag Works?
How Will This Help Eradicate Black Money Menace?