The Power Star Puneeth Rajkumar has enacted the role of an investigative as a journalist. Expectedly, with his acting, fight on-screen, and dance skills, Puneeth Rajkumar once again has won the heart of the audience. The well-composed songs and the underlying comic element through the Nata Sarvabhouma movie is a treat for the die-hard fans.

Gagan Deekshith (Puneeth Rajkumar), a journalist, comes to Bengaluru from Kolkata in search of a missing person. Union minister Ghanshyam Yadav (P Ravi Shankar)’s plan to gain public sympathy goes haywire as soon as the Power Star lands in the Garden City. To avoid facing the wrath of the minister, the editor of the publication asks Gagan Deekshith to do a special write up on him. Gagan Deekshith’s meeting with the politician changes their equation for good, but the story takes a twist. How Nata Sarvabhouma Full Movie story progresses thereafter should be enjoyed on-screen. 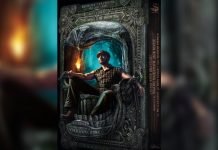 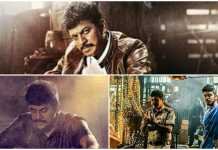