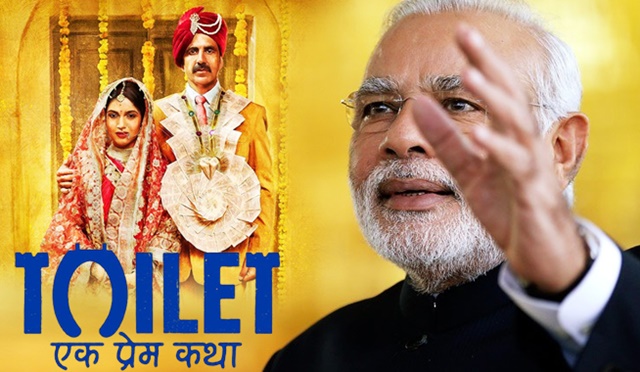 The Bollywood National Award Winner Akshay Kumar’s ‘Toilet Ek Prem Katha Trailer’ has Released on on June 11.The point of the film and the name of the movie is quite different. It is giving a message to the nation as well as a love story that many problems will be solved. The trailer of the film Akshay Kumar not only ordinary people but also the prime minister of the country, PM Narendra Modi has also been impressed After Watching ‘Toilet: Ek Prem Katha’ Trailer.
He retweeted the trailer, posted by the Khiladi Kumar yesterday and wrote alongside, “Good effort to further the message of cleanliness. 125 crore Indians have to continue working together to create a Swachh Bharat.”
Modi wrote of renewable replied to this tweet, “Thank you very much respected sir. Hopefully, we will be able to change the mindset of people and make a difference. “ 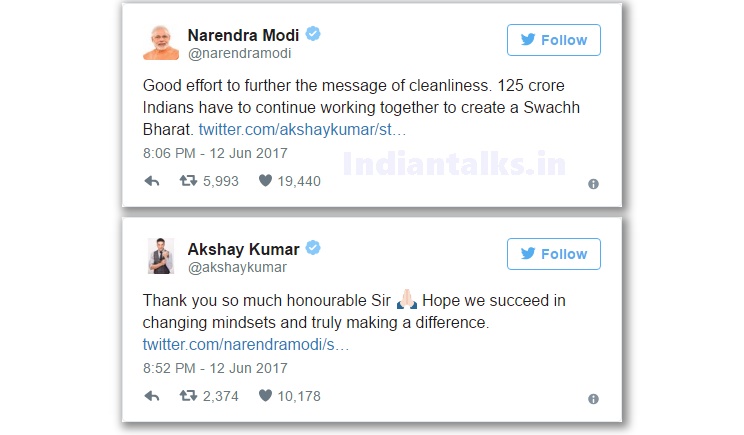 Toilet: Ek Prem Katha Movie story portrayed the boy Keshav name character, Akshay Kumar. Loved Chandra Jaya. Jaya’s character lands Pednekr played by. Both get married. After the wedding, Jane discovers that toilet Keshav’s home is not the same. He says that if he discovers this before she married. He is angry with passes to leave the house. His wife is busy trying to make toilet Keshav your home to bring back is not always easy. He also cut must go to government offices.