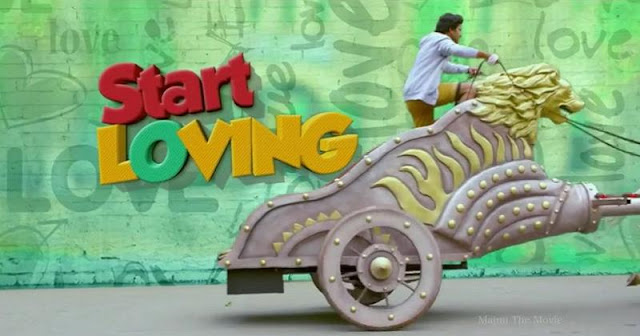 Nani Majnu Movie Teaser Talk: Nani’s forthcoming romantic entertainer Majnu Movie first look Teaser was released just a while ago. The teaser is quite simple but manages to excite the audiences thanks to the quirky entertainment factor.“Majnu” teaser has been released by natural star Nani himself. Malayalam actress Anu Emanuel is playing the female lead roles.

The movie is directed by Virinchi Varma. The 0.41 sec teaser starts with the whistles of train and the entry of Nani. Actress Anu Emanuel is looking very pretty. The teaser seems to mock the stereotypes of a typical man who has broken his heart in love. with the way the humour was created by showing Nani asking for Ilayaraja’s sad songs CD and listening to the evergreen classic love failure song, ” Prema Ledani “ from Karthik’s Abhinandana. And Nani riding Baahubali Bhallaladeva’s chariot in the end makes things even more curious.

Advertisement
The Majnu movie has an ensemble cast of Priya Shri, Satya, Posani Krishna Murali, Vennela Kishore, Saptagiri, Satyakrishna, Sivannarayana and many others. The music is scored by Gopi Sundar. The makers are planning to release the movie next month in September and it is coming with the tag line, “Stop drinking. Start loving.”