Nandamuri Rama Krishna issued a statement expressing his profound gratitude for the kind gesture to the Telangana government. The statement reads, “At the outset, on behalf of our family, heartfelt thanks to the Telangana state government and mainly, our beloved Chief Minister Sri K. Chandrasekhar Rao Garu and his respected cabinet colleagues for the kind gesture of including our father Sri Nandamuri Taraka Rama Rao Garu’s life history as part of the syllabus in school education.

Not just me, the whole Telugu people across our two Telugu speaking states and Telugu people all over the world are expressing their joy and happiness for this kind gesture by the CM KCR Garu and his government. It is a moment of pride for all of us. Sri NTR’s life history will surely be a guiding light and inspiration for generations to come.

Discipline, honesty, determination to excel in whatever he does, his commitment towards the society, a vision to uplift the poor and downtrodden from poverty, and other social inequalities will surely inspire the students to become better citizens of our country. I express my profound gratitude again to Sri KCR Garu and the Telangana government for incorporating Sri NTR’s life history in Telangana school education (sic.)”

The Telangana government has included the life story of Nandamuri Taraka Rama Rao in the social studies subject of Class 10. Actor and politician MLA Nandamuri Balakrishna had also thanked the Telangana Chief Minister KCR on the same. 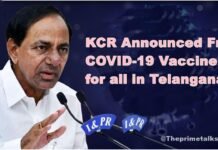 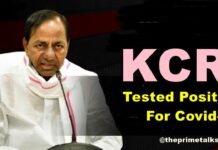