“You haven’t seen the torture yet, now you will,” the leading lady of ‘Mrs Serial Killer’ Jacqueline Fernandez snarls at her victim with a sharp knife in her hand. Fernandez’s menacing words should ideally be applied to the thriller. Director Shirish Kunder’s psychological thriller — an absurd tale of a glamorous wife who sets out to prove her husband’s serialkiller charges — is torturous and painful to endure.

A devoted wife who takes on the ‘role’ of a serial killer to prove her husband’s innocence might seem far-fetched enough as a plot point. But Kunder takes it one step further by convincing two talented actors, Bajpayee and Mohit Raina to get on board the disaster train. The sheer waste of this talented duo in a half-baked plot with dialogues as childish as; “Don’t call me Joy.

It f***ing makes me feel like ice cream,” is a criminal offense. Set in a sleepy town in Uttarakhand, India, the plot revolves around Sona (a gorgeous Jacqueline Fernandez) who’s portrayed as a devoted wife to surgeon/gynecologist Dr. Mrityunjoy Mukherjee.

When her former boyfriend, Inspector Imran Shahid (Mohit Raina), frames the murders of young pregnant girls in the town on her innocent husband, Sona decides to get in on the action, goaded by her lawyer Rastogi by playing serial killer to take the heat off him.

So she goes running around town in the middle of the night with her sunglasses and cap firmly on, in an attempt to kidnap her teenage pregnant neighbor, Anushka Tiwari. Khan is perhaps the only character who didn’t get the memo to ham it up, thankfully.

In true blue murder mystery fashion, all the lead actors are put forth as red herrings, and yet when the so-called big reveal comes in the end, it’s as predictable as wearing sweaters in cold weather. The justification for the character embarking on the killing spree is so cliched – we have read/seen/heard this plotline in so many serial-killer stories that even a junior writer would be ashamed to use this trope. series, in the end, is high on drama, be it in the acting department or the set design or the background score which plays on like a low-budget, B grade movie. Watch Mrs Serial Killer Web Series Download Online and Streaming on Netflix. 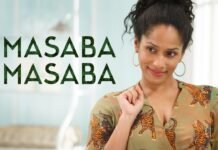 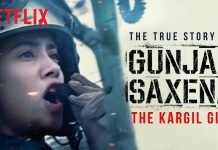 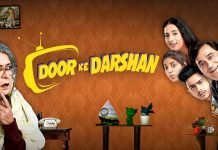 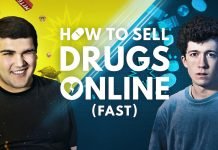