Vicky (Akhil Akkineni) is a playboy who does not believe in serious relationships. This is the time Nikki (Nidhi Aggarwal) falls for Vicky and proposes to him. Left with no choice, Vicky accepts her proposal and this is the time the problems in the love story blossom and the couple fall apart. Rest of the story is as to how Vicky takes things in his hands and wins his love back.

The Mr. Majnu is a straightforward film that can be easily guessed by anybody where it is headed to. It has a predictable storyline with a serious girl falling for a flirtatious guy. The breakup and patch up also could be guessed straightaway.

Akhil Akkineni has been succeeded in a role which is apt for his age. Director Venky is able to engage the family audience with emotional scenes in the first half, passes in setting up the right conflict point towards the Interval, but falls short in conflict resolution in the 2nd half. Overall, Mr Majnu Movie has a mix of family and youthful elements, you may give it a try.

Akhil Akkineni shows his strengths in ease in body language, dancing skills, and his styling is very cool. Akkineni Akhil acted well in regular scenes, but in a couple of the emotional scenes, he couldn’t get the shot right. Nidhi Agerwal is cool as an urbane girl, adequate for this film. The huge number of seasoned character artistes are roped in as hero heroine’s family members and as friends.

Priyadarshi and Adhi offers humor as the hero’s sidekicks in the first half and second half respectively. All the senior actors like Nagababu, Sitara and Rao Ramesh have done a neat job. Subbaraju is good as the tough looking guy with a soft heart.

On the whole, Mr. Majnu film is a contemporary love story which has a decent setup. But the lack of emotional connect in the love story takes things down in the second half. The lead pair does extremely well and holds the proceedings along with some decent comedy which clicks here and there. Overall, Mr Majnu Full Movie has a mix of family and the youthful elements, you may give it a try. 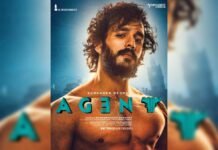 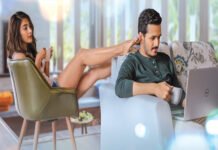