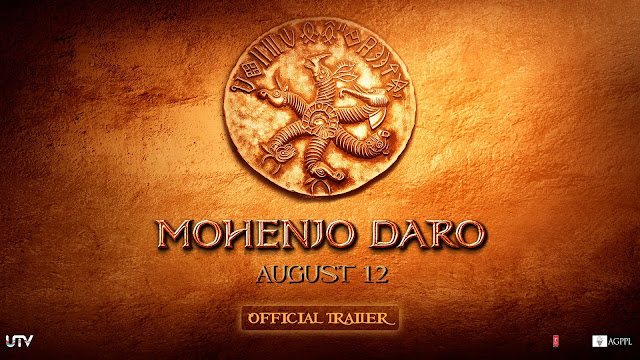 Finally, the film’s trailer is now out  the trailer looks awesome with all the wonderful visuals and great background score from AR Rahman. The film is sure to win hearts for this Independence Day. Hrithik Roshan and Pooja Hegde are looking stunning in the film. Mohenjo Daro Movie is scheduled for a worldwide release on 12 August 2016.
Advertisement

Mohenjo Daro Movie Story Plot:During the Pre-historic Indus Valley in 2016 BC, the evil greed of a man is about to destroy one of the oldest cities in the ancient world, Mohenjo Daro. A young indigo farmer, Sarman, enters the city and meets Chaani, the daughter of the Priest, predicted to be the Origin of a New Society. Sarman in his A attempt to win Chaani’s (Pooja Hegde) love, uncovers the secrets nobody was ever supposed to know – about Chaani, about Mohenjo Daro and about his own past! The MOHENJO DARO Movie is a story of an ancient love and our past, present and future!
Advertisement