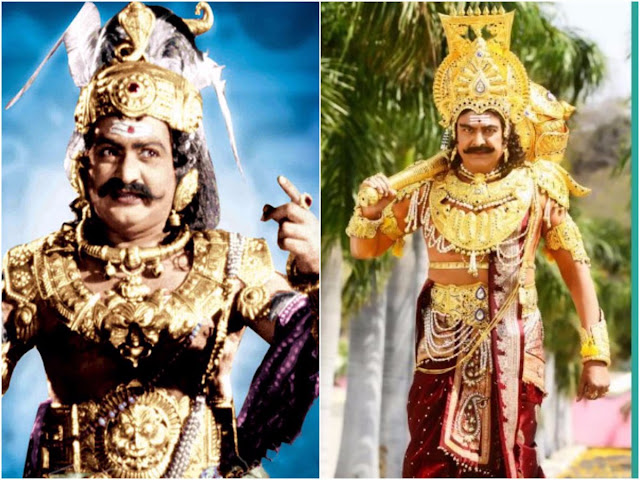 Finally, it’s finally official the Versatile actor Dr. Mohan Babu is all set to play legendary actor SV Ranga Rao in Mahanati, the biopic based on the life of the great yesteryear actress Savithri. Directed by Nag Ashwin, The film is progressing at brisk pace.
The Makers have officially announced the news that ‘Vilakshana Natudu’ Mohan Babu agreed to reprise the role of ‘Vishwa Nata Chakravarthy’ SV Ranga Rao in the film.
According to Nag Ashwin, except Mohan Babu, no any other artist in Telugu film industry has the ability to match SVR’s role in Mahanati. He is only the one who can justice with this role.
Apparently, a lot of research is being undertaken for the character including styling, costumes etc., and Mohan Babu is preparing for the role with all gusto. Reportedly, Mohan Babu will be joining the team by end of October or early in November. However, this role is limited to some 15-20 minutes on screen, add sources.
As of now, Actress Keerthy Suresh is playing the title character Mahanati, whereas Dulquer Salmaan, Samantha Ruth Prabhu, Vijay Devarakonda, Shalini Pandey are playing other important leads in this biopic.
It has also come out that Actress Samantha Ruth Prabhu is playing the role of Journalist, whereas Arjun Reddy Movie Heroine Shalini Pandey is essaying the role of Jamuna who was a professional rival to Savitri.
Facebook
Twitter
Pinterest
WhatsApp
Telegram
VK