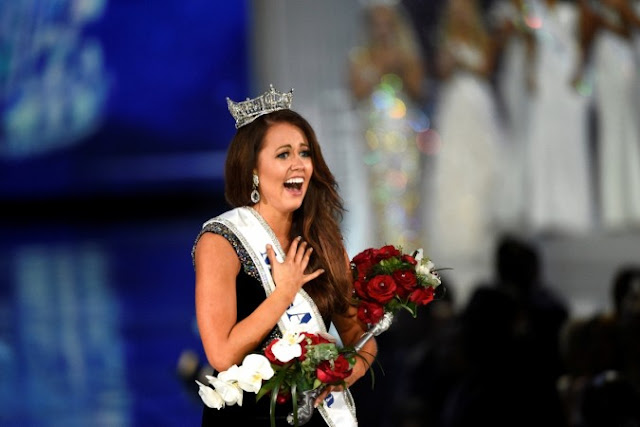 Miss America 2018 winner: Miss North Dakota Cara Mund has been crowned the winner of the Miss America 2018 beauty pageant.The Miss America 2017 Savvy Shields crowned Mund as the 97th Miss America at the grand finale event, which was held at Boardwalk Hall in Atlantic City, New Jersey, on September 10.
While Cara Mund won the crown defeating 50 contestants, Miss Missouri Jennifer Davis emerged the first runner-up, Miss New Jersey Kaitlyn Schoeffel the second runner-up, Miss District Of Columbia Briana Kinsey the third runner-up and Miss Texas Margana Wood the fourth runner-up.
Cara Mund will receive a $50,000 scholarship as the winner of the crown. But who is Cara Mund? Here are a few interesting things to know about the 97th Miss America.
Cara Mund created history on Sunday by becoming the first woman ever from North Dakota to win the Miss America beauty pageant. Contestants from this state had earlier come close to winning the pageant but failed to take the crown home.
She has dreamt of winning the Miss America title since she was a kid.”It proves no matter where you come from, if you can dream it, you can do it,” she said during the competition.
Facebook
Twitter
Pinterest
WhatsApp
Telegram
VK