Manasa Samyukta (Keerthy Suresh) belongs to a middle-class family and her dream was to become an entrepreneur right from childhood. But due to her financial issues, she moves to the US along with her family for a better life. There, she meets Vijay (Naveen Chandra) and starts dating him.

Vijay proposes marriage to Manasa but she rejects the proposal and She then realizes to fulfill her dream and starts a Chai business. There, she locks horns with Kailash Siva Kumar (Jalapathi Babu) who is the number one coffee seller in the US. The rest of the Miss India Movie story is as to how Manasa clears all hurdles and brings her Chai brand named Miss India on the top.

The story idea of Miss India is pretty interesting and Mahanati Keerthy Suresh gets a meaty role and does her best and carries the flick on her shoulders. She looks very stylish in a slim get up and rocks the urban look. Actor Jagapathi Babu looks super suave in his negative role and creates a good impact whenever he is on the screen.

The confrontation scenes between Keerrhy Suresh and Jagapathi Babu have been handled well. The last half an hour of the movie has some interesting scenes. Actors Punitha Ponnada, Nadhiya, Naresh, and Rajendra Prasad are efficient in their brief supporting roles. Keerthy Suresh and Naveen Chandra’s track have not much relevance in the story but looks decent. SS Thaman and his music are decent along with the BGM. Miss India is definitely not the kadak masala chai it has the potential to be. Watch it for Keerthy Suresh.

Overall, Miss India Film which is all about Keerthy Suresh establishing a CHAI empire in the western world, Miss India almost suggests chai be a symbol of India, The film has an extremely ambitious premise and boasts of all the trappings of a regular masala fare but the writing is painfully illogical and shallow. 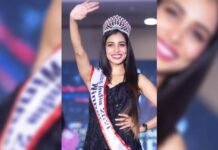 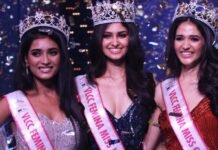 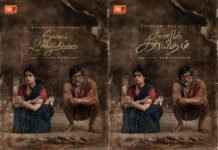 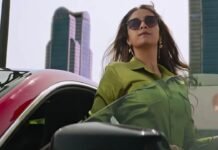