Mind Block Lyrical Song Download: After garnering a thunderous response with an action-packed Sarileru Neekevvaru teaser, the makers have unveiled the first song from Sarileru Neekevvaru through a lyrical video. Titled as Mind Block, the over 4-minute song is a Pakka mass number energetically crooned by Blaaze and Ranina Reddy. While the catchy lyrics are penned by Sri Mani & DSP, Mahesh Babu himself has voiced dialogue in Mind Block.

The Mind Block Lyrical Song video looks like a tribute to all the instrument players and sound technicians who have worked for this song. Ranina Reddy’s voice, foot-tapping beat, and easy lyrics can be termed as the major highlights.

According to the proceedings, Mind Block might be the special song which will be shot on Mahesh Babu and Tamannaah Bhatia. All in all, Devi Sri Prasad seems to have struck the right chord with the masses in the first song itself. The remaining four songs will be unveiled over the next four Mondays.

While Actress Rashmika Mandanna is romancing Mahesh Babu in the action entertainer, popular actors like Prakash Raj, Vijayashanthi, Sangeetha and Rajendra Prasad are essaying pivotal roles in the film. Sarileru Neekevvaru Full Movie slated for a release on January 11, 2020. 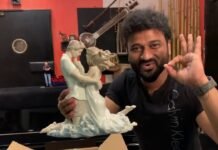