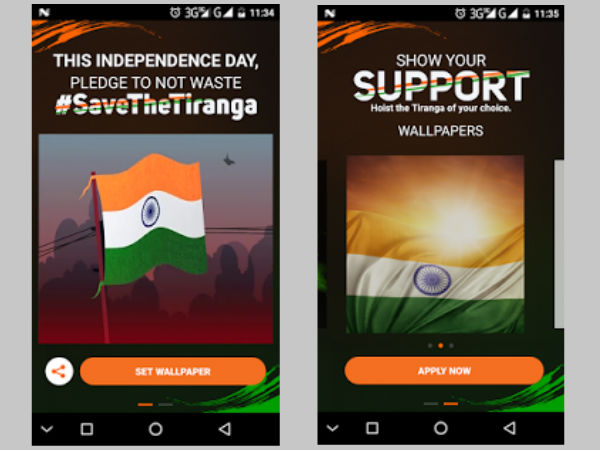 The Tiranga App: Every year the Independence Day is celebrated with much fanfare and patriotism, with emotions and sacrifices that bind all the citizens together. So, then what is the need to ‘Save the Tiranga‘, again. Let’s look at a useful phone app called Tiranga. This app has been released by Micromax Informatics Art & Design.
The app description in Google Play read as “Is our national flag only meant to be waived for one day? This Independence Day, let’s pledge to show greater respect for the tricolor with the ‘Save the Tiranga’ app. Simply install it on your phone, select your favorite wallpaper, and share with your friends. Let’s raise the flag, digitally Tiranga!”
So if you want to pledge to show greater respect for the tricolor you can download the ‘Save the Tiranga’ app. And once you install it on your phone, you can select your favorite wallpaper with the Independence Day theme and at the same time share it with your friends. All in all, Micromax wants the public to raise the flag diligently and digitally.

The Tiranga App has been installed between 413 times by users at the time of this review and has an aver age rating of 4.9 in Google apps store.Tiranga app has been reviewed by 413 Users and 390 users have rated 5 stars.  Tiranga app size varies from device to device and can be installed on any Android device running version 4.0.3 and up.
Advertisement
Advertisement