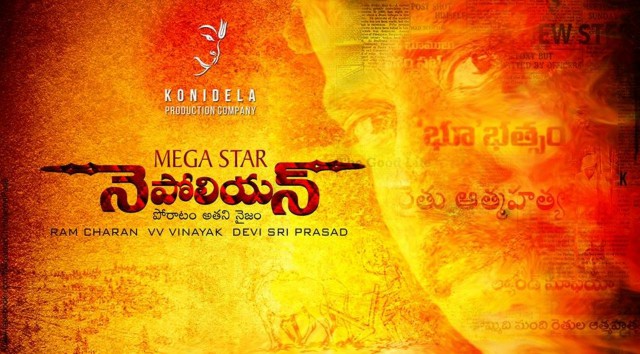 The Mega Star Chiranjeevi’s much awaited 150th film’s shooting is progressing at a brisk pace under the direction of VV Vinayak. Since the announcement of this flick its title is heard as “Kathilantodu”, as it is the official remake of Tamil super hit film “Kathi”.
Previously it was rumored that the makers are considering the title “Khaidi No 150”, But now the title has confirmed as Napoleon.the film would be released for Sankranthi 2017.The shooting of the film which is remake of Tamil Kaththi is going on smoothly. There is no official confirmation on the heroine yet. Would the makers announce film title and heroine name at the same time?
The music sensation Devi Sri Prasad will compose tunes for the film.Not only fans and common audience even many celebrities are eagerly waiting for the release of Mega Star Chiranjeevi 150th come back and most prestigious project.
Advertisement