Manchu Vishnu Elected as MAA President: Telugu Movie Artists Association (MAA) elections have come to an end with Manchu Vishnu reportedly becoming the new president for ‘MAA 2021‘. There was a huge excitement for MAA Elections 2021 like never before as it is a General Elections for state and Central governments. This is due to some of the happening names Prakash Raj, Vishnu Manchu contesting in the MAA elections.

Though there is a cross-voting clearly seen in the results (members of either of the panel has won for a few posts) it was Manchu Vishnu who had reportedly grabbed the main officer bearer post as an ‘MAA’ President for next 2 years.

The members who had won in the MAA elections 2021 include:

The MAA elections were the culmination of six weeks of intense campaigning and frequent exchange of serious charges by both panels. As many as 665 out of 883 eligible voters participated in the voting by ballot at school premises in Jubilee Hills where the police made strict security arrangements. The entire Telugu film industry is wishing Manchu Vishnu for his success and hoping to see him carry this new responsibility with utmost honesty. 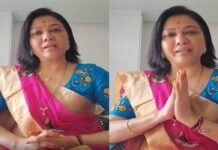