Aditya Roy Kapur, Disha Patani, Anil Kapoor and Kunal Khemu Starring Malang Movie Review and Ratings has received a mixed talk from the audience. Malang is a romantic action thriller film and Aseem Arora has written the story for the film, while Aniruddha Guha penned its screenplay. Luv Ranjan, Ankur Garg, Bhushan Kumar, Krishan Kumar, and Jay Shewakramani have produced the flick under the banners Luv Films, T-Series and Northern Lights Entertainment. Malang Movie has got a U/A certificate from the censor board and its runtime is 2.14 hours.

Malang Movie Story: Young introvert Advait (Aditya Roy Kapoor) meets London-based free-spirited girl Sara (Disha Patani), who has come to Goa, India for the first time to live a life unshackled like a vagabond (Malang). All goes well until life turns upside down. Their life comes crashing down when they become linked to a corrupt cop and his righteous counterpart. What happens next forms the crux the Malang Movie Story.

Malang Movie Review: This part of Malang is slick and fast and silly, a throwback to the slushy actioners that used to be a Bollywood staple at one time, and you wish it was the entire film.

Malang Movie Cast Performance: Aditya Roy Kapur and Disha Patani have delivered good performances and their chemistry is the highlights of Malang. Anil Kapoor and Kunal Khemu have done good jobs and their performances are also among the attractions of the film. Angela Krislinzki, Elli AvrRam, Keith Sequeira, Amruta Khanvilkar, Shaad Randhawa, Vatsal Sheth, and Prasad Jawade have done justice to their respective roles.

Malang Movie Verdict: Overall, #Malang has a supremely engaging first half but the second half leaves a lot to be explored, salvaged basically by the interesting twist in the climax. Malang Music could have been much better considering the Mohit Suri standards. A Decent One Time Watch! This Weekend. 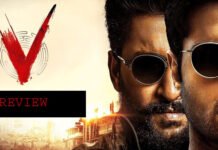