Majili Telugu Movie starring Samantha Akkineni and Naga Chaitanya has finally hit the screens today. With his debut film Ninnu Kori, Shiva Nirvana has proved himself as an amazing storyteller. Majili Telugu Movie which is produced by Sahu Garapati and Harish Peddi under banner Shine Screens. Majili Telugu Movie has received a U/A certificate from the censor board and its runtime is 2.34 hours. Majili Movie Review and Rating have received a positive talk and good rating from the audiences.

A Teenager Purna (Naga Chaitanya) wants to be a cricketer but somehow is not able to be and also being separated from his girlfriend (Divyansha Kaushik). He gets married to a girl (Samantha Akkineni) who is ready to sacrifice anything for her husband but he does not care for her. Will he realize his mistake of breaking her heart? What about his dream? This forms the crux of the story.

Director Shiva Nirvana has picked cricket as the backbone for Majili, which will be loved by youth. The first half has a routine romance, but pre-interval twist gains momentum for the story. The second half is good and ChaySam steals the show. However, the climax appears to be dragged far, says the audience.

Naga Chaitanya and Samantha Akkineni have author-backed roles and they have brilliant jobs. The performances and chemistry are the highlights of Majili. The Actress Divyansha Kaushik fills glamour slot and her chemistry with the hero is good. Rao Ramesh and Posani Krishna Murali are other big assets from the acting department, say the viewers.

The unfulfilled dream of a cricket career and a failed romance leaves a youngster disillusioned and puts a strain on his family life. Despite the support and encouragement of his newlywed wife, he fails to appreciate the blessings in his life. Will it be too late before he realizes his mistakes?. Majili is a Good film for a family audience and a decent one time watch for Youth! 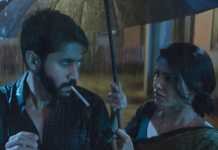 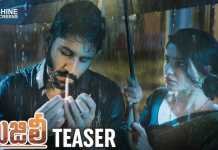 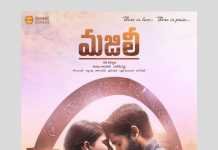