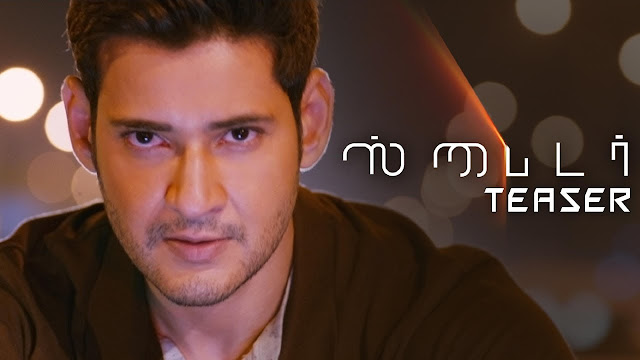 Spyder Movie Malayalam Teaser: The makers of Superstar Mahesh Babu’s much-awaited movie Spyder, which is directed by AR Murugadoss, have released the #SPYder teaser of Malayalam version on the evening of Wednesday, September 6.
The makers of Spyder had earlier launched the first look of its Malayalam version, which has received a good response. They confirmed the news about its teaser launch on the official Twitter and Facebook pages of the film. They unleashed the first look video of its Malayalam version at 5 pm.
Spyder is a bilingual movie — simultaneously made in Telugu and Tamil. This much-talked-about spy thriller is also being dubbed in Malayalam and Hindi and is set to be the first film of Mahesh Babu to be dubbed in Malayalam and released with the original version on the same date.
The Telugu and Tamil teasers of Spyder have got nearly 20 million digital views so far. Both the first-look videos featured the same footage.The filmgoers across the world were curious to know whether the Malayalam teaser would have some surprises for them. But it also has the same footage.

Spyder features Mahesh Babu and Rakul Preet Singh in the lead, while SJ Surya, Bharath, RJ Balaji, Priyadarshi Pullikonda and Shaji Chen will be seen in the supporting roles.Harris Jayaraj has composed the music, while Santosh Sivan has handled the cinematography for the movie, which is scheduled to be released around the world on September 27.
Facebook
Twitter
Pinterest
WhatsApp
Telegram
VK