An interesting twist in the superstar Mahesh Babu Maharshi Movie Story has allegedly been leaked Online and the tidbits about actor Allari Naresh‘s role are creating a lot of buzz on the social media. It is known that comedy actor Allari Naresh is playing an import role in Maharshi Film which is directed by Vamsi Paidipally and he would appear as a friend of hero Mahesh Babu in the movie. Now, a source close to film unit has revealed the details of a major twist to the Mahesh Babu Maharshi Movie story.

“Actor Allari Naresh is playing Mahesh Babu’s friend and the Maharshi Movie story will take a new turn after the death of Allari Naresh. The loss of childhood friend Allari Naresh leaves an impact on the Mahesh Babu that changes his life and he decides to bring changes in the society,” a film portal quoted the source as saying about the twist in Maharshi.

Maharshi Telugu Movie is written by Vamsi Paidipally and produced by Dil Raju under the banner of Sri Venkateswara Creations. Actress Pooja Hegde and Sonal Chauhan will play the female leads opposite Mahesh Babu and Meenakshi Dixit, Jagapathi Babu, Sai Kumar, Prakash Raj, Naresh, and Jayasudha are in the supporting cast. 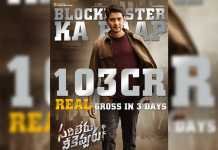 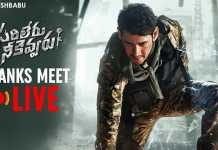 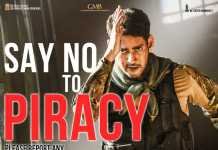