Mahesh Babu’s Maharshi Full Movie which was released on May 9th, 2019 and made a good collection at the box office is all set to create another record by completing the 50 days successful run in 200 theatres around the world. Maharshi would successfully complete 50 days in 200 cinema halls on June 27. Interestingly, more than 10 Telugu Movies as released after this movie, but it still managed Maharshi Movie Completed 50 Days in 200 centers.

Dil Raju has made an official announcement about the Maharshi Movie Completed 50 Days in 200 Centers on the Twitter page of SVC. He tweeted, “#Maharshi running towards 50 Days in 200 centres. Thank you one & all for giving us this EPIC BLOCKBUSTER. Join us in #CelebratingMaharshi 50 Days event on June 28th from 6 PM in Shilpa Kala Vedika @urstrulymahesh @directorvamshi @hegdepooja @allarinaresh @ThisisDSP.”

Producer Dil Raju who has bankrolled it under Sri Venkateswara Creations (SVC), is all thrilled over its huge success. He is set to hold a grand Maharshi 50 Days celebrations party at the Shilpa Kala Vedika in Hyderabad on the evening of June 28. Maharshi is an action drama film that offers a beautiful message to society Which is Written and directed by Vamsi Paidipally, Maharshi film starring Mahesh Babu, Allari Naresh, and Pooja Hegde has inspired many filmgoers to take up the weekend agriculture challenge, the photos of which went viral on social media. (Maharshi Movie Review)

According to the makers, Maharshi has collected approximately over Rs 180 crore gross at the worldwide box office so far. Maharshi movie has made with a budget of Rs 100 crore and it recovered this amount from its global theatrical rights. The film has returned most of the distributors’ investments. The Maharshi distributors of overseas and a couple of other areas have suffered a small number of losses from it. 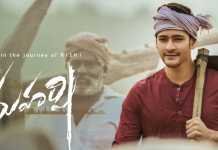 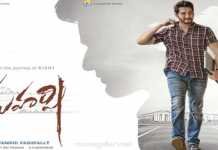 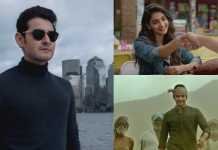