Love Life and Pakodi is set in Bangalore, India, and revolves around Arun (Bimal Kartheek) and Rheya (Sanchita Poonacha). It follows the story of the blooming relationship between them and then the hurdles in it. Arun meets Rheya after she has broken up with her boyfriend. The two strike a friendship that grows stronger and it’s not long before it turns into an affair.

However, the blooming friendship soon gives rise to the film’s conflict. Arun starts to fall for Rheya and now wishes for more than just a relationship. He wants to take the next step and proposes to Rheya. But Rheya is not down for a long-term commitment yet. She rejects the offer although she loves him, but doesn’t want to marry yet. Tej rest of the story is about the couple trying to come to some common ground about their next chapter in life.

Love Life and Pakodi is a modern take on love that talks about casual dating and the palpitating fears surrounding the death of a relationship. There’s an unmistakable quality of an indie drama here, and you can see the couple having conversations in living rooms, cafes, and bars. Watch Love Life And Pakodi Movie Online on Amazon Prime Video. 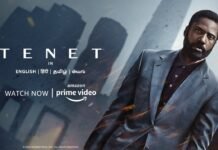