Love and Affairs Story: Roshini (Barkha Bisht Sengupta) and Abhijit (Indraneil Sengupta) are a happily married couple for around five years. The former is an actor, whereas the latter is a wellness worker. On the occasion of the birthday of Abhijit, Roshini presents some expensive gifts which lead to a heated exchange of words. It gets prolonged through various miscommunicated assumptions through the night and day. What happens next is what the series is all about? (Lalbazaar)

Abhishek Saha directs Love and Affairs. It looks like an extended short film redesigned as a web series. It is not that of a problem compared to the content that is on offer. Love And Affairs, for the most part, operates on an old story and presentation. While everything is enacted well, the core content is decades old. We have seen similar husband and wife quarrels from time memorial with the same reasons and reasoning. Most of it almost feels recycled stuff.

Overall, Love and Affairs offer nothing new – absolutely nothing. The lead pair try their best, but the content fails to elevate them. 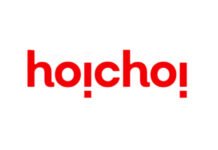