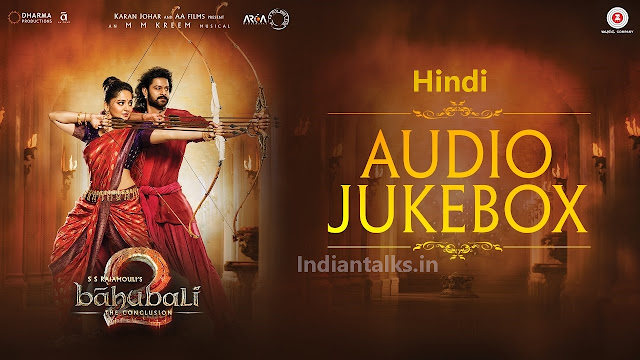 The title song ‘Gali Gali’, which defines the valor of the character Baahubali, has been sung by the ace singer, Daler Mehndi.Various singers like Daler Mehndi, Sanjeev Chimmalgi, Ramya Behara, Aditi Paul, Deepu, Madhushree, Kailash Kher and Kaala Bhairava have lent their vocals for the same. M. M. Kreem is the music composer and Manoj Muntashir is the lyricist.
SS Rajamouli had promised a never-seen-before experience with his film but the songs are not out-of-the-box.We hope that the film does not disappoint us. Before the release of much awaited Baahubali 2 The Conclusion on April 28.Here’s a sneak to the list of songs.