The government could soon make the Linking Aadhaar with Driving Licences as mandatory. Union Law and Justice and Electronics and Information Technology Minister Ravishankar Prasad shared the news recently at the 106th Indian Science Congress earlier this week in Phagwara, Punjab. Speaking at the event, Union Minister Ravi Shankar Prasad said, “We are going to make another big change in the law of which bill is pending in the Parliament. Soon linking motor vehicle licenses with Aadhaar will be mandatory.” The union minister described the Aadhaar as the biggest transformation to verify the identity of any individual.

Elaborating on a need for Linking Aadhaar with Driving Licences, Ravi Shankar Prasad said, “Suppose, a drunk man killed four persons and fled from Punjab to any other state to get a duplicate licence issued using different identity. After linking Aadhaar, one can change the name but cannot change the biometrics. The moment one tries to get issued duplicate licence using a different identity, the system will immediately say a person is already having a licence and should not be given another licence. This is how we are changing the quality of life in India.”

The mandate will likely help curb issue of fake driving licenses or duplicate licenses being issued. It will also help maintain a record of all the penalties that your licence will obtain on breaking rules, thereby making it harder to drive without paying fines. That said, the issue of data privacy and security that has been a consistent criticism of Aadhaar still looms over. 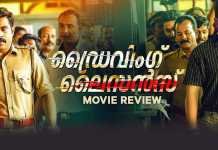