Actor Naga Babu Konidela launched the Stand-Up comedy series Kushi Kushiga in the line of the Bomma Adirindhi Comedy show. The Kushi Kushiga Stand Up comedy show promos have been getting positive responses from the audience as they are much entertaining. The new talents were given opportunities to showcase their comedy skills.

Kushi Kushiga Stand Up Comedy Show For 18- to 40-year-olds only: We are creating this standup comedy especially for people between the ages of 18 and 40. It’s your personal opinion whether you want to watch it or not. It contains bold content. This comedy has a flow. It’s a comedy that does without boundaries. Don’t look if it feels so embarrassing. All the same look and don’t want bad comments. If there is too much vulgarity we will cut ourselves.

The Kushi Kushiga Comedy Show first episode has been aired. One of the lady contestants has entertained Naga Babu and others while doing a comedy skit on actor Varun Tej and his love with her. The way she has presented herself is hilarious to watch. Stay tuned for Kushi Kushiga latest episodes. 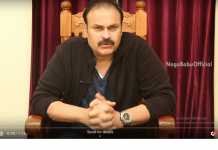