Shri Krishna Janmashtami celebrates the birth of Lord Krishna and is also known as Gokul Ashtami is observed on the eighth day Ashtami of the Krishna Paksha in the month of Shravan. Usually celebrated sometime in the month of August or September, according to the Gregorian calendar, this year Krishna Janmashtami 2021 has fallen on August 30th, Monday.

According to scriptures, Krishna, the eighth avatar of Vishnu, was believed to have been born to Devaki and her husband, King Vasudeva of the Yadava clan in Nathdwara at a time of chaos, when the earth was reeling under the torment of King Kamsa, his maternal uncle. When he grows up, he overthrows and kills the tyrant king, his uncle Kamsa/Kansa after quelling several assassination attempts by the monarch and later on goes on to feature in the Hindu epic Mahabharata as a central character as well. This year, Krishna Janmashtami 2021 will be celebrated on August 30. Since Sri Krishna was born at midnight, the puja for him is performed in Nishita Kaal. This year it will be between 11:59 PM on August 30 to 12:44 AM on August 31.

Devotees observe fast on Krishna Janmashtami and break it after performing the puja or the next morning. The breaking of the fast is called “Paran” in Hindi, which means the successful completion of the vow. Paran can be done after 5:58 AM on August 31. The most popular description of Lord Krishna is found in the Mahabharata as the charioteer of Arjuna during the Kurukshetra war. He kept Arjuna on the side of “dharma”. Another description says Lord Krishna was born to end the tyrannical rule of Kansa, his mama, who feared the prophecy that the eighth child of Devaki will kill him. With Sri Krishna being known as the preserver of Dharma and slayer of Adharma, his birth is celebrated across the country as Janmashtami.

The Janmashtami celebration and rituals begin early in the day with devotees decorating Lord Krishna idols with flowers and peacock feathers. They offer him his favorite ‘maakhan’ (white butter), curd, and milk after his birth at midnight. Dahi Handi events are also organized. 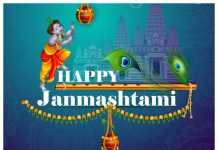 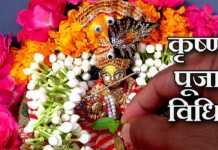