Reports say Sampoornesh Babu will be a romance with seven heroines in the movie. the Kobbari Matta Teaser, Trailer, Promos are promised a laughter ride in store. Kobbari Matta Jukebox has five songs, already garnered a good response from the listeners. After creating history with his debut film Hrudaya Kaleyam, Sampoornesh Babu promises to be back with a bang. Said to be a complete laugh riot, the film also stars Gayathri Gupta in a pivotal role.

The comedy actor Sampoornesh Babu has finished ‘Kobbari Matta’ long back but the movie ran into many issues to get a release. It is finally now seeing the light of the day. The movie which is a spoof on all Telugu commercial entertainers, Kobbari Matta Movie Release Date Fixed on 19th July Worldwide. As the Kobbari Matta film has already gained massive popularity among audiences, TV channels and distributors are offering whooping amounts for digital, satellite and theatrical rights. 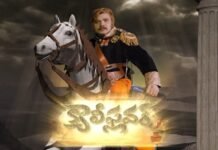 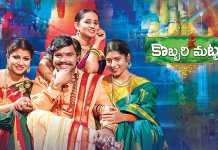