Kim Kardashian West wrote: “Ever since I was 10 years old, I’ve heard every single detail about the Olympics from my stepdad,” Kardashian West wrote in the post. “When I received the call inviting Skims to be a part of @TeamUSA, every moment I’ve spent admiring the strength and energy of the Olympians from the sidelines came full circle.” Caitlyn Jenner, Kim Kardashian West’s stepfather, won a gold medal in the decathlon event at the 1976 Olympic Games.

Regardless, Skims is popular, and is in part responsible for bringing Kim Kardashian West onto the billionaire’s list. Forbes has placed her stake in the company at an estimated $225 million. 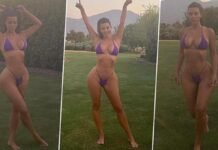 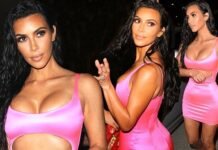