Comedian Kevin Hart announced he will host the 91st Academy Awards in a touching social media post on Tuesday evening. Kevin Hart, who has starred in movies such as “Jumanji: Welcome to the Jungle” and “Ride Along,” told fans he was “blown away” by the honor in an Instagram post where he revealed the news and promised to make the 2019 Oscars a special one.

“For years I have been asked if I would ever Host the Oscars and my answer was always the same,” he wrote on Instagram. “I said that it would be the opportunity of a lifetime for me as a comedian and that it will happen when it’s supposed to. I am so happy to say that day has finally come for me to host the Oscars.”

The Kevin Hart takes over the job from late-night host Jimmy Kimmel, who has hosted the Oscars for the past two years. Previous hosts also include Ellen Degeneres, Chris Rock, Billy Crystal, and Neil Patrick Harris. “To be able to join the legendary list of the host who has graced that stage is unbelievable,” Hart continued. “I know my mom is smiling from ear to ear right now.”

The Academy of Motion Picture Arts and Sciences confirmed the announcement and congratulated Hart on its official Twitter account, writing “Welcome to the family.” Jimmy Kimmel also responded to the news on Twitter, praising the academy’s choice in the host. “Congratulations amigo – @TheAcademy made an excellent choice,” Jimmy Kimmel wrote. “You are going to kill it.” The Oscars 2019 Ceremony awards full show will be held on Feb. 24, 2019. 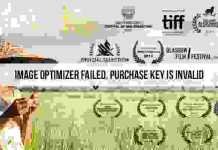