The Hyderabad Metro train on its way to MGBS from JBS will stop at Secunderabad West, Gandhi Hospital, Musheerabad, RTC Cross Roads, Chikkadapally, Narayanguda, and Sultan Bazar. The Hyderabad Metro Rail Service on the corridor will be thrown open to the public from 6:30 am on Saturday. 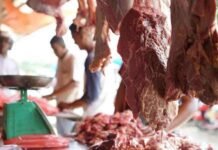