While a lot of hullabaloos has been happening around the movie Kabir Singh, Although the audience apparently has been liking the movie, a lot of people and critics slammed the film calling it $exist and misogynistic. Ram Gopal Varma said that Kabir Singh is 4 Times Bigger Hit than Baahubali 2. Taking to Twitter, RGV praised director Sandeep Reddy Vanga and said that Kabir Singh is four times bigger hit than Baahubali 2. Comparing the return of investment and the duration of shooting, Ram Gopal Varma made the statement.

“Speaking only of Hindi, In ratio of ROI (Return on investment) @imvangasandeep ‘s KABIR SINGH is 4 times bigger hit than BAHUBALI 2 and taking time into consideration it is 16 times bigger hit than BAHUBALI 2 considering KABIR SINGH was made in 6 months and BAHUBALI 2 in 2 years [sic],” he tweeted. Talking about the massive success of the film, RGV further appreciated Director Sandeep Reddy Vanga for making such an unusual film, and trusting his sense of audience behaviour. (Kabir Singh Trailer)

“Amazing thing about @imvangasandeep is that his story and it’s characters are the exact opposite of what the film industry always believed, what the audience will love and relate to .. #KabirSingh‘s monstrous success proves that he knows the actual reality of the audience. [sic],” RGV said. This certainly is a big statement as Baahubali 2 is considered to be one of the greatest Indian movies, and Kabir Singh has a wide section of haters.

Meanwhile, Kabir Singh Full Movie starring Shahid Kapoor and Kiara Advani crossed Rs 200 crore mark at the Indian box office in just 13 days. The film is still running strong at the theatres and is expected to cross Rs 250 mark soon. the Kabir Singh is a romance drama film, which has been jointly produced by Cine1 Studios and T-Series. The film has received an A certificate from the censor board and its runtime is 2.55 hours. 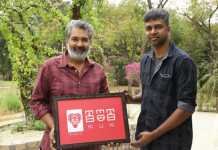