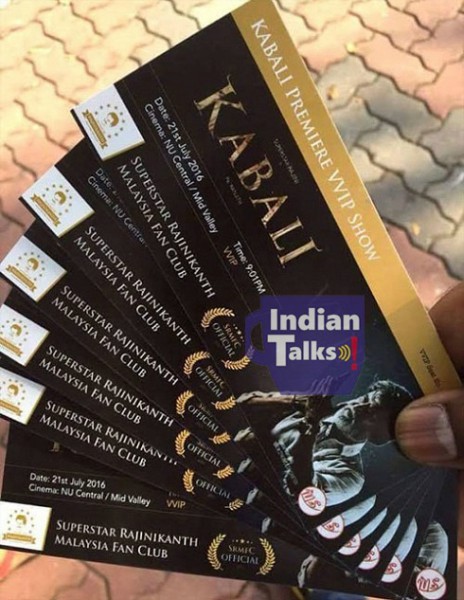 Advertisement
Superstar Rajinikanth has been struggling for success after a gap of over 18 months, Superstar is back with his latest movie titled as Kabali. The film completed shoot several months ago and the post-production work of the film has been wrapped up recently. However the movie release has been delayed several times.
As per the latest Buzz Kabali will complete all the formalities and will hit the screens on July 22nd across the world in Telugu, Tamil, Malayalam and Hindi languages. S Thanu produced Kabali Film on V Creations and Shanmuka Films is releasing the Telugu version. Shot in Malaysia, Kabali will also release in Malaysia on July 29th.
You can book the kabali tickets online before the movie release date by use the Kabali advanced ticket booking sources updated on this page. Enjoy watching the kabali movie at your favorite theater with your family members and friends by book the tickets from here. Book  Kabali tickets at bookymshow, gettickets.in, justtickets ,easymovies, pvr cinemas.