Theprimetalks.com
Home News Kabali Movie Censor Reported Clean U Certificate
Advertisement
Rajinikanth Kabali Movie Censor Report : The unit sent the movie to the censor board yesterday. As per latest reports, it has obtained “U” certificate with few cuts.  It is much-awaited film throughout the globe and it is dubbed and released with the same title in Hindi, Telugu, and Malayalam on the same date of its original. The Kabali audio albums of its Tamil and Telugu versions were released and have got received good response from the audience. Now, the stage is set for the launch of its Kabali Hindi Audio version. It will be released on Tuesday, July 12. 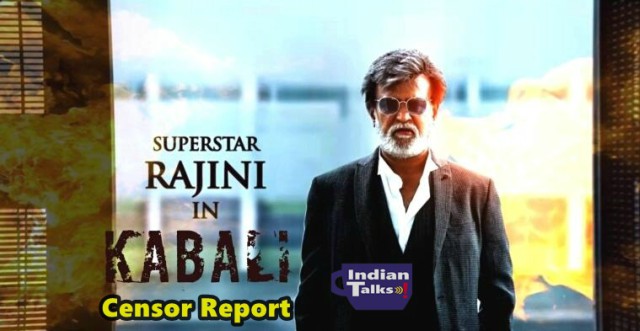 Advertisement
According to the latest reports, the producer of the film Kalaipuli S Thanu has now confirmed that kabali movie has been completed its censor formalities and gets clean U certificate without any cuts. The Run Time of the movie is 152 minutes and “ #Kabali movie will be releasing worldwide on 22 July 2016!! Whereas it’s Kablai Malay version will be released on 29th July in Malaysia. It means Tamil version is now eligible for the 30 percent tax exemption by the state government. It is a multilingual movie and will be released in four languages Tamil, Telugu, Malay, and Hindi. It is expected that it will be released in over 3,500 screens Worldwide. Book Kabali Tickets online .