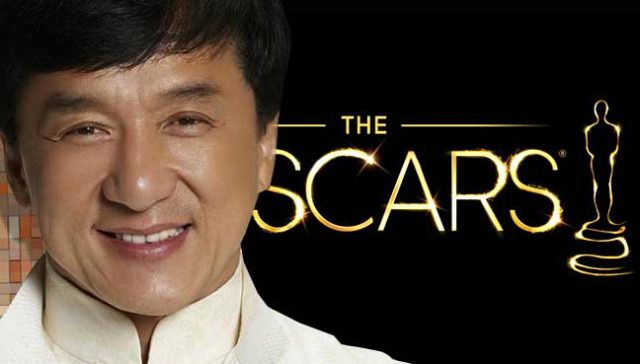 Jackie Chan,62 years old star of Hollywood who is popular for starring roles in movies such as Kung Fu Panda, The Karate Kid, and the Rush Hour franchise. Jackie made his debut movie at the age of 8. He is a Hong Kong martial artist, actor, film director, producer, stuntman, and singer.He was written and directed more than 30 martial arts films in Hong Kong. He has worked in most successful movies in his 50 plus year career but never won an Oscar .
The US Film Academy announced that Jakie Chan will be awarded an honorary Oscar for his “Extraordinary Achievements” in the film. Jackie Chan will receive an honorary Oscar at this year’s annual Academy Governors Awards, scheduled for November 12.
Academy President Cheryl Boone Isaacs said,“The Honorary Award was created for artists like Jackie Chan, Anne Coates, Lynn Stalmaster and Frederick Wiseman —— true pioneers and legends in their crafts.”
She also added that “The Board is proud to honor their extraordinary achievements, and we look forward to celebrating with them at the Governors Awards in November.
“I’d also like to take this opportunity to say a big heartfelt thank you to all my fans who have endlessly given me so much support. You’re the reason why I’m motivated to keep moving forward. Thank you!” posted by Jackie Chan on his Official Facebook page.
Advertisement