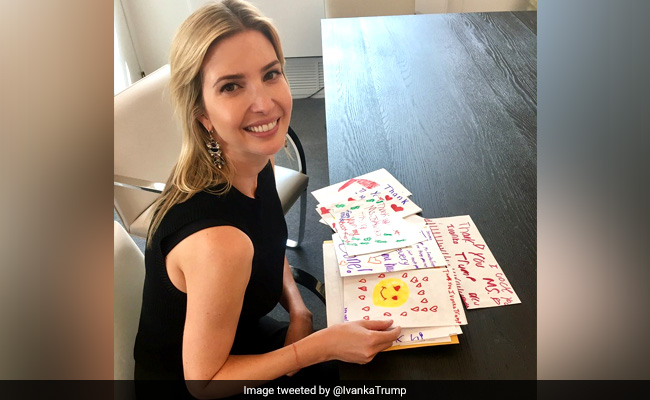 Ivanka Trump: A tweet by Ivanka Trump showing off her fan mail backfired spectacularly as Twitter users found not one but several reasons to mock her.The 35-year-old White House senior adviser and US President Donald Trump’s daughter took to Twitter and Instagram on Thursday to post photos of herself with letters and pictures she had received – only to get trolled for it. Here’s the tweet in question:
While many on Twitter questioned what exactly she was being thanked for, others accused her of faking the fan mail as all the letters seemed to be addressed to ‘Ms. Ivanka Trump‘ and written using the same marker pens. One sketch, in particular, grabbed many eyeballs as it depicted a smiley face with green dollar signs for eyes.

Overjoyed by these beautiful letters. Reading them is one of the highlights of my week. ? pic.twitter.com/AF5tSMHnB6
— Ivanka Trump (@IvankaTrump) August 25, 2017