A cleverly written sci-fi, Ismart Shankar Movie narrates the story of a thug. Ram Potheneni plays a street-smart contract killer, Shankar, who realizes that he has been trapped in a major conspiracy. Officer Arun, played by Satyadev is also on the job, trying to unmask the actual perpetrators of crime. Shankar is a criminal who doesn’t shy from making enemies.

He kills a politician on the order of his uncle. CBI officer Arun, who is investigating the case, is also killed in an attack. The CBI seeks help from neuroscientist Sarah, played by Nidhhi Agerwal, who also happened to be Arun’s girlfriend. Arun is the only one who knows the people behind the politician’s attack. Shankar finds himself implanted with a set of memories with no recollection of how he got them but the key to ending it all. 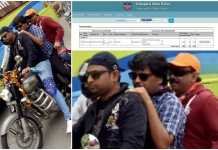