Inside Edge Season 2 Story: Inside Edge is the story of the Mumbai Mavericks, a T20 cricket franchise playing in the Powerplay League. Set in a landscape of conflicting interests, where selfishness is almost a virtue, where $ex, money, and power are mere means to an end, Inside Edge is a story that pulls no punches, minces no words, and takes no prisoners. Come witness the game behind the game. (Hello Mini Web Series)

The Inside Edge first season went beyond the matches and overdone politics of team selection, taking viewers inside the murky underbelly of match-fixing and betting in T20 league cricket. It ended with an explosive cliffhanger, with up-and-coming bowler Prashant Kanaujia (Siddhant Chaturvedi) shooting his teammate Devender Mishra (Amit Sial), unable to take the caste slurs hurled at him on a regular basis. (Gandi Baat 2)

While Inside Edge 2 takes off from where its predecessor ended, the writers – Karan Anshuman and his team – do a slapdash job when it comes to taking this particular storyline forward. Unlike when coach Niranjan Suri was killed, there isn’t so much as an investigation this time around, when a top cricketer is shot in the dressing room on the night of the Power Play League (PPL) final. (One Mic Stand)

Minor flaws aside, Inside Edge 2 is brisk and engaging. The striking resemblance to real-life incidents, whether it is shifting the PPL to South Africa or the Jauhar protests over hurting religious sentiments, the make-believe world of Inside Edge Season two keeps you captivated. This is one of the biggest strengths of the series. 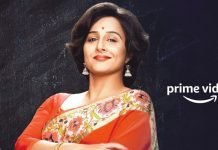 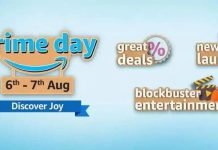