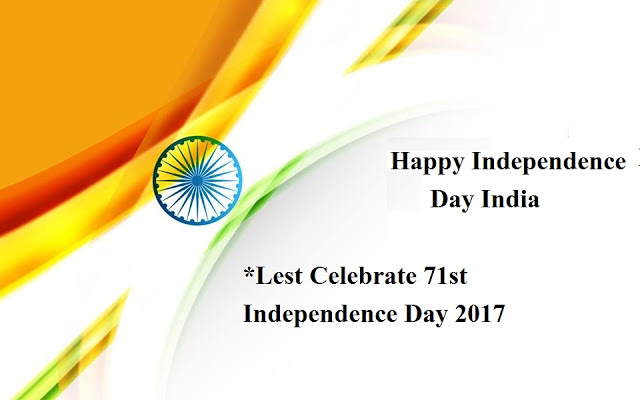 15 AUGUST 2017: Independence Day of India would be celebrated by the people all over the India on 15th of August 2017, on Tuesday. This year in 2017, India will celebrate its 71st Independence Day to pay tribute and remember all the freedom fighters who had contributed a lot and fought for the Independence of India.The first Independence Day was celebrated in India on 15th of August in 1947.
On 15 August 1947, Jawaharlal Nehru, India’s first prime minister, raised the Indian national flag above the Lahori Gate of the Red Fort in Delhi.Nehru delivered his famous speech — Tryst With Destiny — in which he addressed the long-drawn struggle and future that lies ahead.
India Independence Day 2017: The India celebrates its 71st Independence Day on 15 August 2017. The Indian country became independent from British colonialism on this day in 1947. The day is celebrated with great fervor across every state of the country, with the capital city Delhi becoming the hub of all celebrations. The India’s Independence Day celebrations officially take place at the Red Fort at Delhi.
Independence Day Celebrations: Although India’s freedom struggle has become history today, 15 August still holds great significance in the hearts of millions of people of the country. Most Indians celebrate the national holiday with family get-togethers and by attending patriotic events.The national flag is hoisted by the prime minister of India on the ramparts of the Red Fort, Delhi, followed by a speech.
Other politicians hoist the flag in their constituencies. People fly kites to express their feeling for freedom.A national holiday is observed throughout the country with flag-hoisting ceremonies, cultural events, and parades. Almost all movie channels entertain their viewers with old and new patriotic movies and classics.
Facebook
Twitter
Pinterest
WhatsApp
Telegram
VK