The Indian government has launched an initiative in major consulates in the US to simplify the overall passport applications procedure and reduce the turnaround time for applicants from 10 days to 48 hours or less. India Passport Seva Project (PSP) prints Indian passports in the US and reduces turnaround for applicants. The Consulate General of India, Houston inaugurated the PSP in Houston along with a team led by Minister of State for External Affairs, General (Rtd) V K Singh.

The team has been in the US to launch the project at Indian Embassy, Washington DC and in five Consulates- Atlanta, Chicago, Houston, New York and San Francisco. Last week, the PSP was launched in New York. The programme will be launched by the Ministry of External Affairs (MEA) at the Indian Embassy in Washington followed by the Consulate in Atlanta. It aims to operationalise all Embassy/Consulates in the US during the course of the next 15 days.

Acting Consul General, Surendra Adhana joined by a senior official from the Indian Ministry of External Affairs, A K Singh handed over the first-ever passports printed using this project to the applicants on the spot. “Earlier, the passports applications were processed in the Consulate in Houston, while the printing was done in India. The entire process used to take about 6-10 days. Now, with the launching of the project, all the passports will be locally printed, which will drastically simplify the overall procedure and reduce the turnaround time,” Surendra Adhana told PTI.

“The new system is aimed at enhancing the experience of the applicants in submitting their applications, ushers-in standardisation, digital overhauling, end-to-end status tracking and enhanced security. The project also connects the consulate database with the central database, which makes the application process even faster,” Surendra Adhana said.

So far the CGI Houston has so far issued over 16,200 passports in 2018. And with the India Passport Seva Project initiative. The consulate will ensure better and faster services for all Indian citizens here in the south-west part of US. 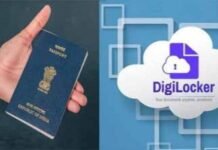