The Indian Institute of Technology, IIT Madras Campus turns into COVID-19 Hotspot after 104 students and staff members of the institution tested positive for coronavirus. The state health department and the IIT management are still trying to figure out the source of the coronavirus outbreak inside the IIT Madras campus, some media reports have quoted students as saying that overcrowding at the hostel mess led to the rapid infection spread. Notably, it is not possible to wear a face mask while eating food, which explains why the infection spread could not be prevented.

These students have alleged that IIT Madras’ decision to keep only one hostel mess running led to the COVID-19 spread that has taken down a total of 104 students and staffers already. “All of them are being treated at the King’s Institute of Preventive Medicine and Research as per the directive of Chief Minister K Palaniswami and they are all doing well,” Tamil Nadu Health Secretary J Radhakrishnan said.

IIT Madras said in a statement that it has been functioning on limited capacity with only 10 percent students in the hostels. All these students are research scholars who need to carry out experimental work in the labs. “As soon as a spurt in symptomatic cases was reported by some students residing in hostels, the institute has consulted the civic authorities and arranged for all students residing in hostels to be tested for COVID-19. To be cautious, all students have been asked to remain in their rooms and packed food is being supplied to the students in the hostels,” IIT-Madras said.

All students and staff members are reportedly being tested for COVID-19 now and 60 percent of the process is complete. There are over 700 research scholars on the campus at present and most of them reside in the various hostels inside the campus. The labs, the academic center, and the libraries at the premier institute have meanwhile been shut by the IIT management; classes are now being held online. The academic block had just been reopened on December 7 for research scholars after getting a nod from the administration. 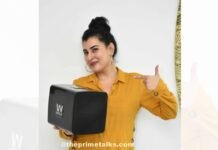